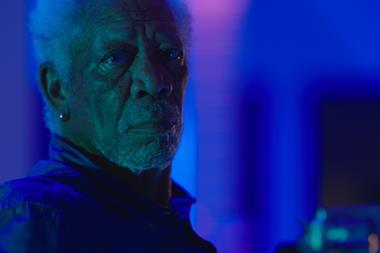 The film stars Freeman as a retired police commissioner who blackmails his caretaker into helping double-cross a team of dirty detectives by kidnapping her daughter.