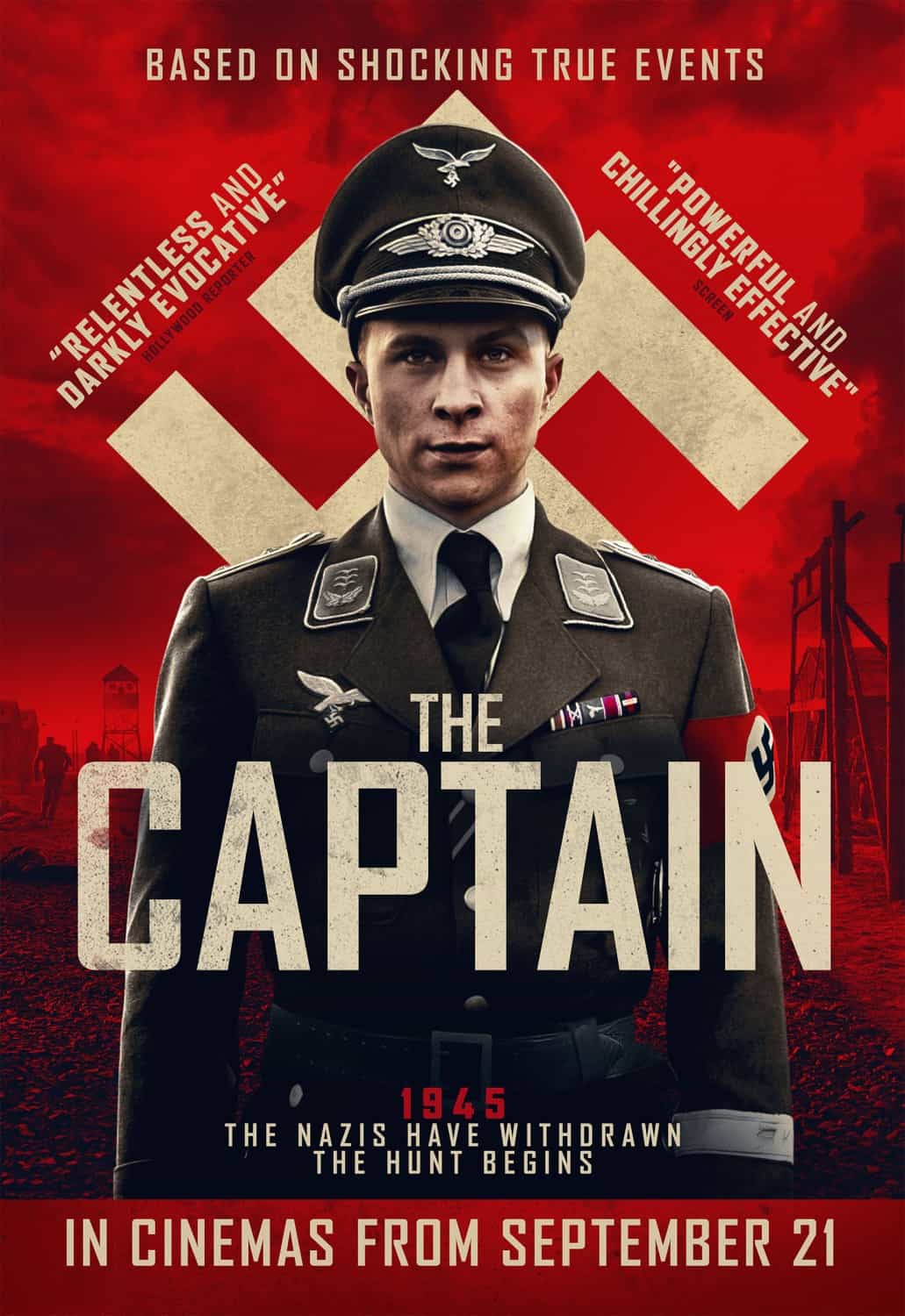 Based on the astonishing true story of a teenage German solider whose sadism would eventually earn him the nickname of the Executioner of Emsland.

The Captain picks up two weeks before the end of the war. A petrified soldier, fleeing military police, finds a Nazi captain’s uniform to wear and avoid execution. Thus disguised and high on the terrifying charisma of his clothing, he invents a secret mission from the Führer and embarks on a brutal odyssey of torture and slaughter.