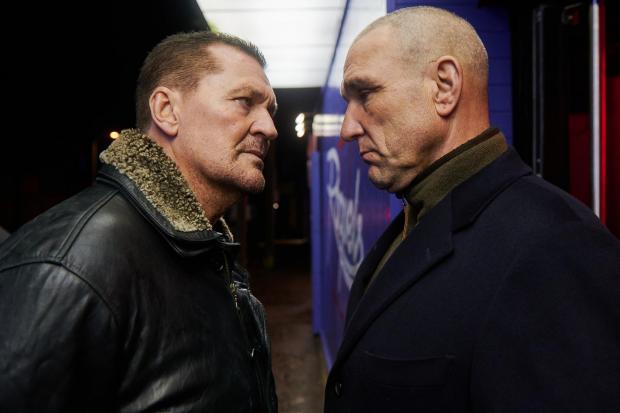 Haymarket Films and Empire Films have today announced casting additions to Rise of the Footsoldier: Origins which started shooting this in week in Southend-on-Sea. TV stars Keith Allen and Chris Hughes have been added to the cast which already features franchise lead Craig Fairbrass and Vinnie Jones.

Haymarket Films and Empire Films have today announced casting additions to the in-production Rise of the Footsoldier: Origins which started shooting this week. TV stars Keith Allen and Chris Hughes have been added to the cast which already features franchise lead Craig Fairbrass and Vinnie Jones

Keith Allen will play David Simms, the owner of nightclub Raquel’s, which was renowned as one of the most violent clubs in the country at the time. Keith broke into acting from being a breakout comedian at the Comedy Store and as part of The Comic Book Presents… team with Ade Edmonson and Rik Mayall. Famous as a straight-talking broadcaster, Keith is also a musician and author alongside his acting and comedy. His acting credits include Trainspotting, Twin Town, Eddie the Eagle and Kingsman: The Golden Circle. Keith will be seen next year in the new series Pembrokeshire Murders opposite Luke Evans.

Alongside Keith, TV personality star Chris Hughes’ is confirmed to appear in the new film. Chris broke out onto UK screens in 2017, and since his reality debut he has continued as a TV Presenter and actor, most recently presenting BBC Three’s acclaimed documentary Me, My Brother and Our Balls which follows Chris and his brother, Ben, and their personal journey around male fertility. Chris will be playing a football fan in this new part of the ever-popular Footsoldier series.

Directed by British actor turned filmmaker Nick Nevern (The Hooligan Factory) who previously starred in the 4th instalment of the Footsoldier series, the film is produced by veteran filmmaker Andrew Loveday (A Lonely Place to Die, The Wee Man) and Terry Stone (Once Upon a Time in London) with Signature Entertainment’s Marc Goldberg (Final Score, The Courier) and Elizabeth Williams (Final Score, The Courier) acting as executive producers. Signature Entertainment will also be the UK distributors when the film is released in 2021.

Spanning a decade, the fifth instalment in this popular, chart topping, British crime series tells the story of how Tony Tucker (played by Terry Stone), Craig Rolfe (Roland Manookian) and Pat Tate (Craig Fairbrass) united to form their own firm during the late 80’s and early 90’s. This is the ultimate origins story of the notorious Essex gang.

Vinnie Jones joined the production to play the crucial role of Bernard O’Mahoney. O’Mahoney was associated with Tony Tucker, one of the three men murdered in the notorious Range Rover killings. Vinnie has previously starred in iconic British films such as Guy Ritchie’s Lock, Stock and Two Smoking Barrels to hit TV series Arrow and most recently independent thriller The Big Ugly.

Signature Entertainment will be bringing Rise of the Footsoldier: Origins to the UK and Ireland at the end of 2021, having been the home for the previous three instalments of the franchise.

Physical sales across the four instalments so far are at 1.5m unit and previous Rise of the Footsoldier 4: Marbella was the biggest day and date release of 2019.