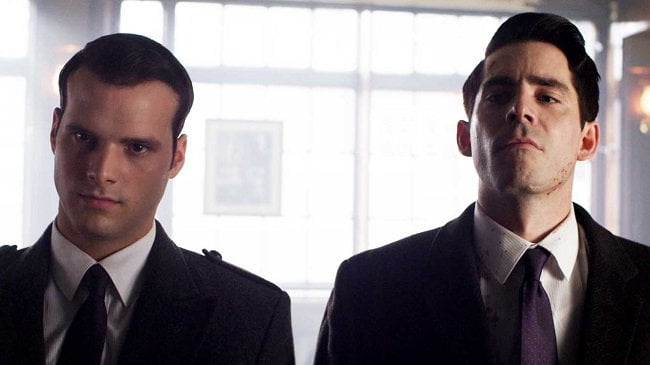 Speaking to Cue Entertainment ahead of its product showcase this week at the Ham Yard Hotel in London, Signature boss Marc Goldberg reveals that the distributor’s first wide theatrical release will be kids animation “Norm of the North” (pictured).

Featuring the voices of Rob Schneider (“Deuce Bigalow Male Gigolo”), Heather Graham (“The Hangover”), Bill Nighy (“Dad’s Army”), Colm Meaney (“Stargate: Atlantis”) and Zachary Gordon (“Diary of a Wimpy Kid”), the film is about a polar bear that winds up in New York with his three lemming friends.

Set for release in the US in January by Lionsgate on 2,500 screens, Signature will give “Norm of the North” a 300-screen outing in the UK in March and will back it with a seven-figure P&A spend, according to Goldberg.

He says, “It is a really good and cute film, and we think it has a really strong chance. We are going for it!”

The film marks a shift in gear for the Signature brand, Goldberg adds: “The way Signature is going to grow and move forward is by going out and acquiring bigger and better product, as well as looking at the wide theatrical space in a more serious way.”

He points to recent pickups such as “Colonia”, starring Emma Watson and Daniel Brühl, Shia LaBeouf-starrer “Man Down” and “Imperium” with Daniel Radcliffe.

“These are really high quality commercial films that stand a chance of doing more than just the normal DTV numbers and that’s where we want to position Signature. As of Q2 next year, Signature will release only 5-8 titles of that standard a quarter. They will all have some kind of theatrical release — whether that is a Premium VOD, some kind of event release or a wide theatrical.”

Goldberg says Dave Shear of Shear Entertainment will handle Signature’s theatrical releases but insists the company is going into the sector with its eyes open to the challenges it poses: “The beauty of where we are in the theatrical space is that because we are not like other studios, which have theatrical as a major part of their business, we can afford to do one maybe two next year, 3-4 the year after and if it doesn’t work, we don’t have to do it anymore.

“We want to prove to ourselves that we can do it and that doesn’t mean we have to smash it out of the park and have a massive hit but that we can make the process work.”

In addition to wide theatrical releases, he says Signature will continue with premium VOD theatrical releases. These are not like the traditional limited theatrical run that aims to platform a home entertainment release, he adds: “That just doesn’t work for us. We look at them and think they are basically a 50-1 shot, whereas the premium VOD model, without giving away exactly how it works, gives us an opportunity to make money at the theatrical stage.”

The move into theatrical is a sign of a company that is expanding its horizons on a number of fronts including the kind of titles it acquires.

Says Goldberg: “There are now very few titles that we are not given the opportunity to acquire. If we see there is a market and a way of marketing it to the right audience then we will get involved. There are no limitations; it could stretch to event cinema to TV to anything. The only thing it won’t stretch to is arthouse, I think that is very specific and there are people who just know what they are doing there.”

That clarity of focus, he says is what is behind the launch a new label in April. While Signature will become identified with bigger titles, the company will concentrate on its core non-theatrical product through a new brand called Precision Pictures.

The new label will have its own own national account manager and its own product manager, who will report into Signature sales head Gemma Stockley, Goldberg says: “Precision Pictures will be the best of the best of non-theatrical films, which is our bread and butter, what we do really well and know the marketplace still wants.

“When you look at the numbers, the non-theatrical market is not down, it’s pretty flat year-on-year. The audience and the market for that type of product is still there because there are still lots of  customers who walk into a store and don’t want to buy a film that they could have seen in the cinema or they have seen already — they want something different.”

Retailers, he says, have reacted positively to the new label: “They see the value in it, why we are doing it and that they want this market to flourish for them. It is never going to be a hugely significant part of a retailer’s business but what we are and want to continue to be is a relevant part of the business.”

He believes the accent will be very much on the new release business in future: “We all know that supermarkets are struggling with catalogue and it isn’t going to get any better. The likes of Netflix mean that there is a challenge selling £3 product off the shelf — why would you buy it?

“The new release business will continue to be a prominent business in home entertainment. I don’t think catalogue will completely disappear but I think it will contract, that’s pretty obvious, where’s the need for deep catalogue on a high street or a supermarket? If someone wants something from long ago, they know what they want and they will find it. And that’s great, there is no bad news there, we are distributors, we own licences and these our shopfronts and they are selling them.

“The challenge is to make sure you stay relevant to the DVD customers and you are part of that growth on the digital side.”

Digital — handled at Signature by industry veteran Jon Bourdillon — is now an important part of the business, according to Goldberg, who admits that the way digital rights are developing could provide the springboard towards international expansion. He is, however, adamant that an overseas push is not imminent.

“It’s an ambition and is something we have conversations about on an ongoing basis but, with the launch of Precision and into the wide theatrical space, there is a lot going on in the UK over the next year that I need to be focused on before that,” he says.

“We can see the opportunity and we have been approached by many different companies to join forces but we are more interested in controlling our own destiny, which is why I did the investment deal [with David Sullivan] rather than sell out to somebody.”

In fact, Goldberg seems relaxed on the subject for a man who has driven the company at a remarkably fast pace since founding it four and a half years ago.

He says, “There is no rush. The content is going to continue to be made, the platforms aren’t going anywhere, the customers aren’t going anywhere… We’ve built the foundations of a really good business here. The UK is what we live and breathe and what we know, so let’s get to a place where we have a fully integrated business across all platforms including theatrical and then we can start do think about what we can do internationally.”

He does reveal, however, that he has put a tentative toe into the production world, initiating and developing a couple of ideas for action movies that could be born next year. He stresses there is a long way to go and that they might not fly: “It has been fun but you know that there is a greater chance they won’t happen than they will. That’s not me being negative, that’s just the reality. We will see.”

He also pours cold water on rumours that Signature is looking at buying another distributor. “If there were businesses that we thought we could bring in and grow, then great, but in the UK right now there is nothing that exciting that has come across our desk. And you know that’s fine because of the investment that we have we are able to create our own opportunities,” he says.

“I mean, would I rather buy a film that we think could do something really exciting with or spend a lot of my time trying to integrate a business that may be failing right now? For us, the quality of the content is now far more important and that is reflected by the slate for next year.”

§  “Rise of the Footsoldier Part II”: The first movie sold more than 1 million units in the UK and anticipation is rising for the sequel (pictured). Social media posts have achieved a reach of more than 20 million views and there were more than 4 million UK trailer views in four days.

§  “Fall of the Krays”: “Rise of the Krays” sold more than 100,000 DVDs in the UK and is billed as the most successful non-theatrical title of all time. And, the Krays craze seems to be the gift that keeps on giving for the entertainment business; this latest account of Britain’s most notorious gangsters comes from the producers of “Rise of the Footsoldier” and follows an £18 million box office run for Krays movie “Legend”.

§  “The Trust”: If the Krays are good news for the entertainment business, then Nicolas Cage is solid gold — his five releases in 2015 have seen sales top 500,000 units. In “The Trust”, Cage stars with Elijah Wood as a pair of corrupt cops who discover a huge stash of stolen money that belongs to a deadly gang.

§  “Dog Eat Dog”: More Cage! Written and directed by “Taxi Driver” and “Raging Bull” creator Paul Schrader, “Dog Eat Dog” is the story of three cons trying to adapt to life on the outside but who are determined to do one more job. In addition to Nicolas Cage, the movie stars Willem Dafoe (“Platoon”).

§  “Cell”: Cusack also stars in this scary tale from Stephen King about a mysterious pulse that spreads like a virus via mobile phone through the human population. Joining Cusack is the prolific Samuel L. Jackson and Isabelle Fuhrman from “The Hunger Games” and “Orphan”.

§  “Imperium”: Based on the real life experience of ex-agent Michael German, Daniel Radcliffe and Toni Collette star in a thriller about an FBI agent who infiltrates a white supremacist group that plans to make a dirty bomb.

§  “Colonia”: Radcliffe’s “Harry Potter” co-star Emma Watson headlines with Daniel Bruhl (“Rush”) and Michael Nyqvist (“The Girl with the Dragon Tattoo”) in this true story of a young couple caught by the Chilean cult Colonia Dignidad in the late 1970s.

§  “Rupture”: Noomi Rapace  (“The Girl with the Dragon Tattoo”) stars in a sinister tale about a mother abducted by an occult organisation. From the producer of “American Sniper”, it also stars Peter Stormare from “Blacklist”.

§  “Man Down”: “Transformers” star Shia LaBoeuf headlines a cast including Gary Oldman and Kate Mara (“House of Cards”) in a post-apocalyptic story about an ex-marine who is searching for his wife and son in an America destroyed by war.

§  “A Warrior’s Tail”: The voice cast for this animated tale about a young warrior’s bid to save his village from a gang of hyenas is A list with the likes of Sharon Stone, Milla Jovovich, Whoopi Goldberg and Joe Pesci involved.

§  “Norm of the North”: Signature’s first wide theatrical release “Norm of the North” is an animated tale about a polar bear who travels to New York with three lemmings to save the Arctic from development. It features a top drawer cast including Rob Schneider, Heather Graham, Bill Nighy and Ken Jeong.