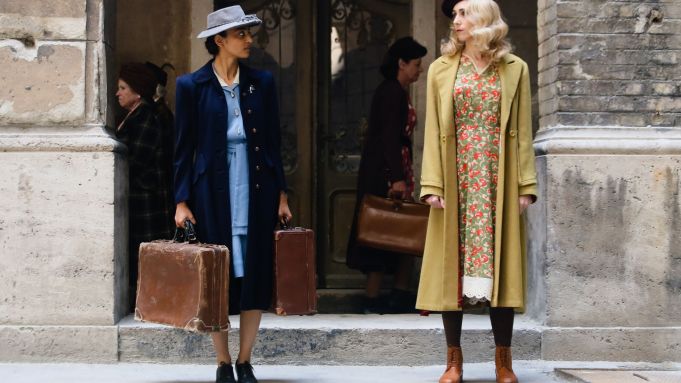 Signature Entertainment, the largest independent label in the UK, has seen a robust year as they expand their presence in the global sales market. After a successful 18 months building their international slate, the company will be bringing an exciting array of films to the upcoming American Film Market – AFM Online 2020. Signature Entertainment’s Head of International Distribution, Andrew Nerger, will be headlining international sales for the slate which includes critically acclaimed, WWII female spy thriller, A Call to Spy.

Released earlier this month in the UK and US (the former by Signature Entertainment), the film has received acclaim from the media, including praise from The Guardian as “an interesting story that’s yet to fully come into the light”, with People Magazine declaring “A Call to Spy is the most powerful female Secret Agent in modern history.” Inspired by incredible true stories, A Call to Spy follows three female spies who – hired under Churchill’s orders – build the resistance during WWII as Britain’s secret weapon against the Nazis. “Spymistress” Vera Atkins enlists Virginia Hall, an ambitious American with a wooden leg, and Noor Inayat Khan, a Muslim pacifist. Together, they leave an unmistakable legacy in their wake.

Other key titles on Signature’s slate include Tom Berenger thriller Blood and Money, Tom Hardy and Ewan McGregor together in British comedy Scenes of a Sexual Nature, due to celebrate its 15th anniversary next year, and Lost in London, an inventive comedy directed, written and starring Woody Harrelson; all three titles received successful tentpole releases from the company in the UK.

Adding further range to their slate comes British film Masters of Love – a romantic comedy compared to critically lauded series Fleabag, and Once Upon a Time in London – a British crime drama in the vein of international hit Peaky Blinders. In total Signature will be bringing over a dozen films to AFM Online 2020 including a number of titles from their partners at FrightFest.

Head of international distribution Andrew Nerger says, “I’m delighted to be bringing such a diverse slate full of fantastic films to AFM 2020 from a number of wonderful storytellers. With the virtual marketplace being quite flexible, I look forward to meeting more buyers than ever before as we showcase the strength of Signature’s international slate at our virtual booth for the very first time.”