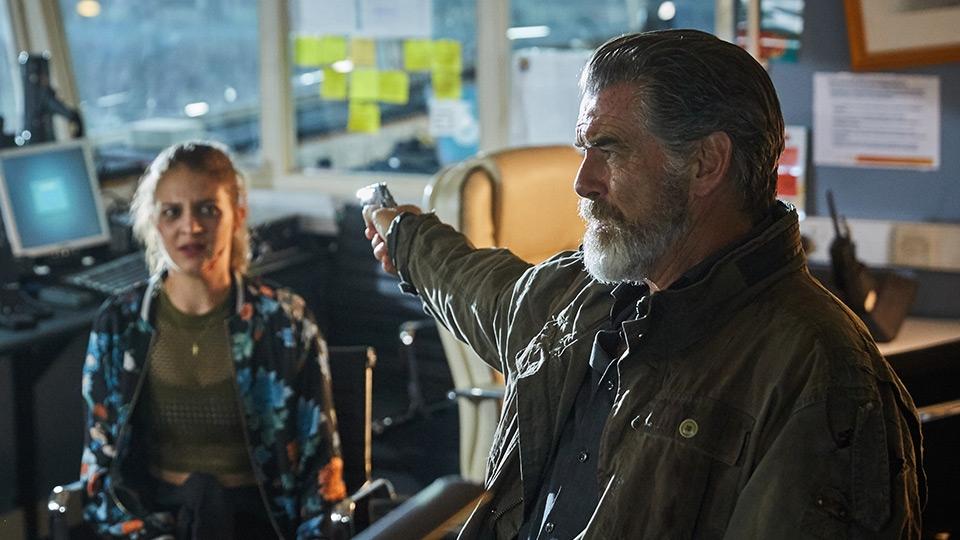 Five years on since he founded Signature Entertainment in the spring of 2011, owner and CEO Marc Goldberg remains driven to succeed in a business that he admits faces serious challenges but also has exciting opportunities for those who embrace change.

Goldberg was speaking at Signature’s now annual pre-Christmas party at the Ham Yard Hotel in London in which the distributor gives customers a glimpse of what is to come and an update on its progress as a business.

It is a measure of how far the company has come that the message was delivered with a degree of pizzazz reminiscent of the boom days of DVD when distributors recognised that they were in the entertainment business and that they had to drag people’s eyes up from the bottom line to look at the stars that made the industry shine.

Pacing the stage after a live link up with Dave Bautista, the star of Signature’s upcoming big budget action movie “Final Score”, Goldberg revealed his love for a business that has moved from humble beginnings in the UK home entertainment sector into theatrical releasing, US distribution and now production.

“We remain extremely passionate about what we do, we are driven by our success and want to continue to have that success and share that success with everyone in the room,” he said.
Goldberg also reflected on a year in which production had “probably become more than just an experiment”. Signature’s foray into filmmaking has included fantasy genre product such as “Viking Legacy” and “King Arthur: Excalibur Rising”, as well as British thrillers “The Hatton Garden Job”, and “Footsoldier: The Beginning”.

He singled out, in particular, “Final Score”, which also stars Pierce Brosnan in an action movie about a gang of criminals who attack a football stadium in a bid to force payment of a huge ransom.
With producers Wayne Godfrey and Robert Jones, Goldberg said the idea was to “to develop a big budget, white knuckle ride action movie” using West Ham’s soon-to-be demolished Upton Park ground as a backdrop.

“We set out to put together a movie on a ticking clock because, obviously, the stadium was no longer going to be there after the summer. And, in eight months, we were able to put the idea into writing, find a very talented director, who was able to bring the movie to life, as well as raise a lot of money, and the simple task of finding some A list cast to be available in a very short window… And we seem to have pulled it off! It has been a remarkable journey,” he said.
“‘Final Score’ has been a huge passion project for me and the company and my fellow co-producers and everyone involved in the team. I can’t wait to bring it to you all next year.”

Challenges
His obvious enthusiasm, however, was tempered by a couple of serious issues facing what he described as an “ever-evolving” market.
“The fact that Brexit happened doesn’t help companies like ours; we do buy our films in dollars, which, I am sure you can imagine, doesn’t help. It was a bit of a shock,” he said.
“I think the piracy in this country is highly underestimated. I am sure all of you in this room know someone who watches content for nothing and that really doesn’t help any of us. The hope is that there are plans in place that can help us as an industry make that better as the years go on.
“The DVD market is obviously something that is challenging; the physical market is in decline but, with all that said, it is still a billion pound market that we want to grow our share in.”
Goldberg suggested there was still much to be excited about, hinting at the scale of his ambitions for Signature.
“I feel, as a company, that we are at the forefront of the business. We can establish ourselves even further as an enterprising, British-owned film distribution company that can embrace the change in the ways the consumer is watching content,” he said.
“There’s never been more clamour for eyeballsand it is now for us to really deliver this type of content — and more — to many of our customers in the room and beyond around the world.”
With a new production project set to be announced in the New Year, Goldberg remarked that it had been a “quite genuinely an amazing five years” since he went to the Cannes Film Festival with “little experience and very little money and little in the way of contacts”.
“I saw a gap in the market for a new, innovative film distribution company that could take advantage of the way the marketplace was,” he said.
“I found in the back catalogue in the deepest, darkest basement in the Palais, a half-animated, half-live action, semi-well known fairy tale called ‘The Velveteen Rabbit’, which was the first title I bought, and brought to the market. Fortunately,?we sold over 200,000 units of that title and that really was the start of Signature. Sometimes I pinch myself that five years later I was standing in Upton Park about to push a button to blow the stadium up alongside Pierce Brosnan!”