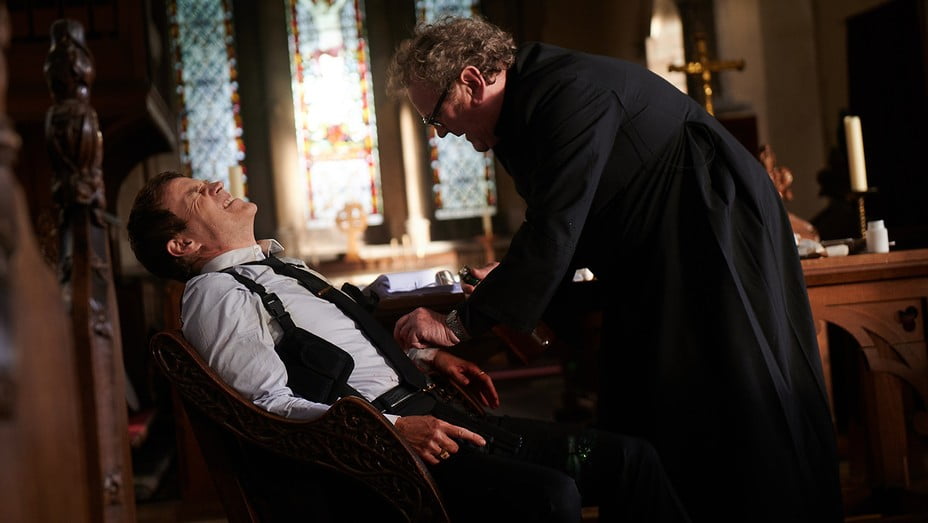 Also starring Clare-Hope Ashitey (Children of Men) and written and directed by David Beton (The Hatton Garden Job, Tower Block), the film follows a wounded, bloodied man (Moyer) who takes a priest (Meaney) hostage, hell-bent on confessing a vengeful truth before it is too late. The seemingly random encounter is soon revealed to be anything but as the two men’s lives are inextricably linked.

“We are delighted to present real-time thriller Confession to buyers for the first time at Virtual EFM,” said Andrew Nerger, Signature’s head of international distribution. “David has directed a wonderfully tense and engaging film and Stephen and Colm deliver pitch perfect performances which I am certain will resonate with many buyers looking to bolster their line-up for the second half of 2021.”