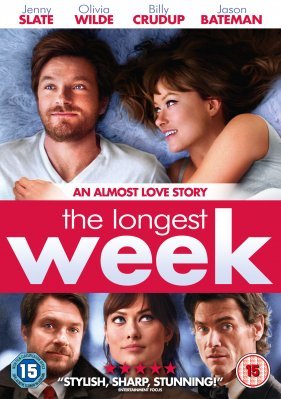 Manhattan playboy Conrad (Jason Bateman) has never had a job and spends his life living it up in his parents’ mansion on a diet of Tom Collins cocktails. Then one day, out of the blue, his parents cut him off.  Suddenly homeless, Conrad resorts to sleeping on his best friend Dylan’s (Billy Crudup) couch.

Enter the beautiful Beatrice Fairbanks (Olivia Wilde). A model with a penchant for highbrow literature, she captures Conrad’s heart one day on the subway. Could she be the girl to finally change his ways? It’s like fate landed her right in his lap. There’s just one teeny snag. She’s already going out with Dylan.

A hilarious love triangle ensues as Conrad attempts to woo Beatrice all over the city in secret. All’s fair in love and war, right?