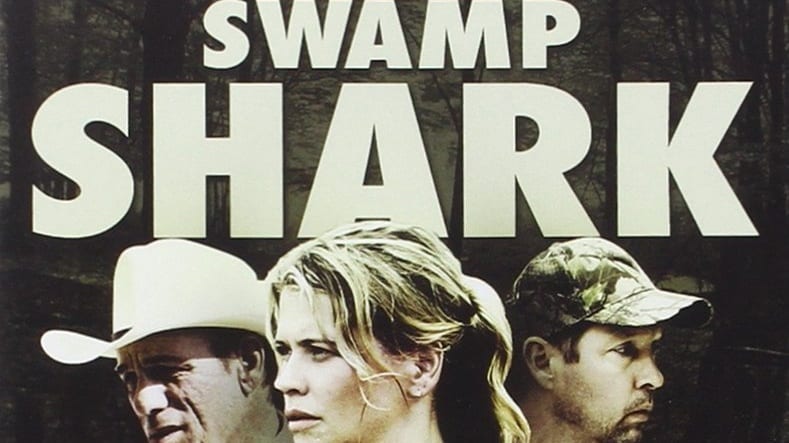 On a remote patch of swamp, an illegal animal smuggling deal goes bad and a vicious creature is released into the river. Meanwhile at the Broussard family-owned Gator Shed restaurant a disgruntled customer and their whole pen of gators are mangled to bits by whatever has gotten loose. In the commotion, Rachel Broussard, the head of the clan, catches a glimpse of a massive, armored, SHARK! The crooked town sheriff pins the deaths that pile up on the Broussard’s “escaped” pack of gators – when he’s the one who brokered the shark deal to begin with! Unwilling to go down without a fight, Rachel and her family – with the help of a mysterious stranger named Charlie, take on the Swampshark in order to clear their names, save the restaurant, and prevent the unwitting folks at the upcoming Gator Fest from being torn to shreds!