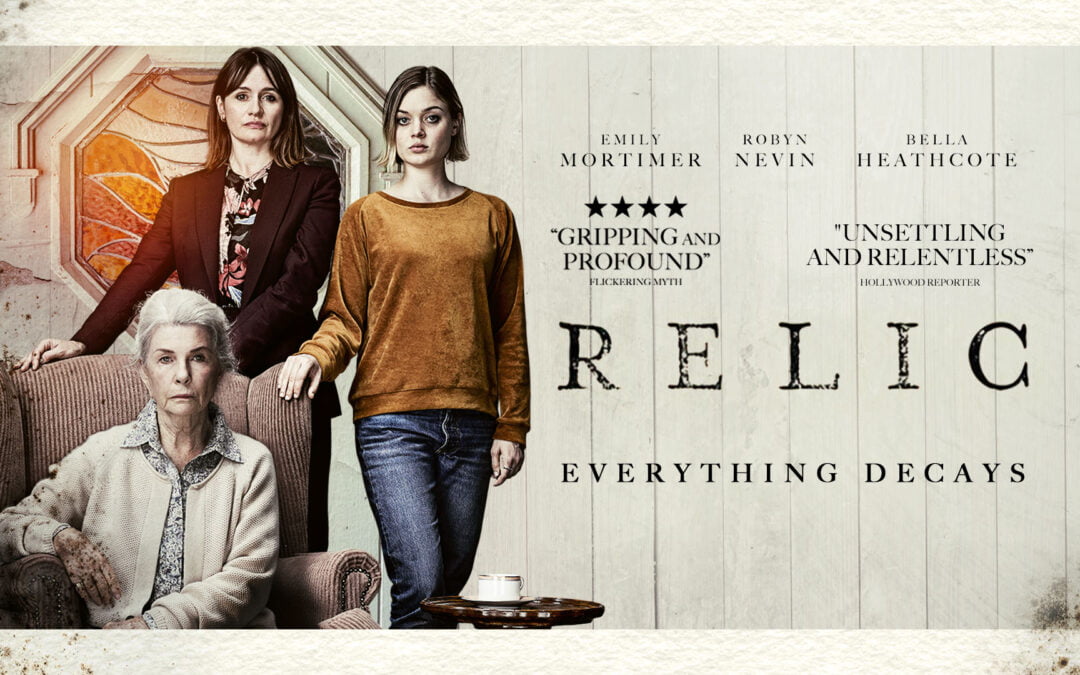 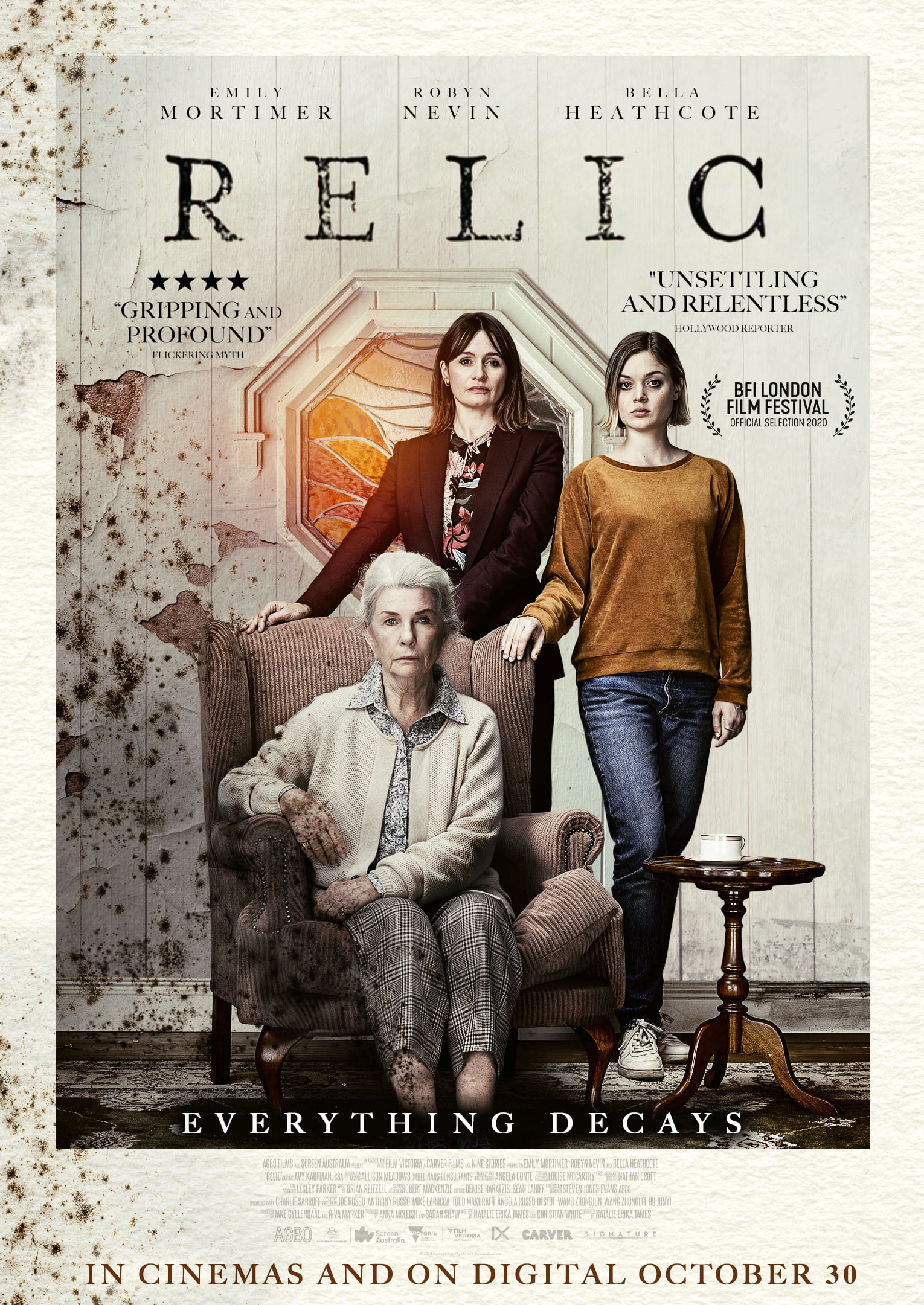 A deeply unsettling psychological horror, Relic is the unforgettable debut feature from writer and director Natalie Erika James who brings a fresh and profoundly human twist to the genre. When elderly mother Edna (Robyn Nevin), inexplicably vanishes, her daughter Kay (Emily Mortimer) and granddaughter Sam (Bella Heathcote) rush to their family’s decaying country home, finding clues of her increasing dementia scattered around the house in her absence. After Edna returns just as mysteriously as she disappeared, Kay’s concern that her mother seems unwilling or unable to say where she’s been clashes with Sam’s unabashed enthusiasm to have her grandma back. As Edna’s behaviour turns increasingly volatile, both begin to sense that an insidious presence in the house might be taking control of her.