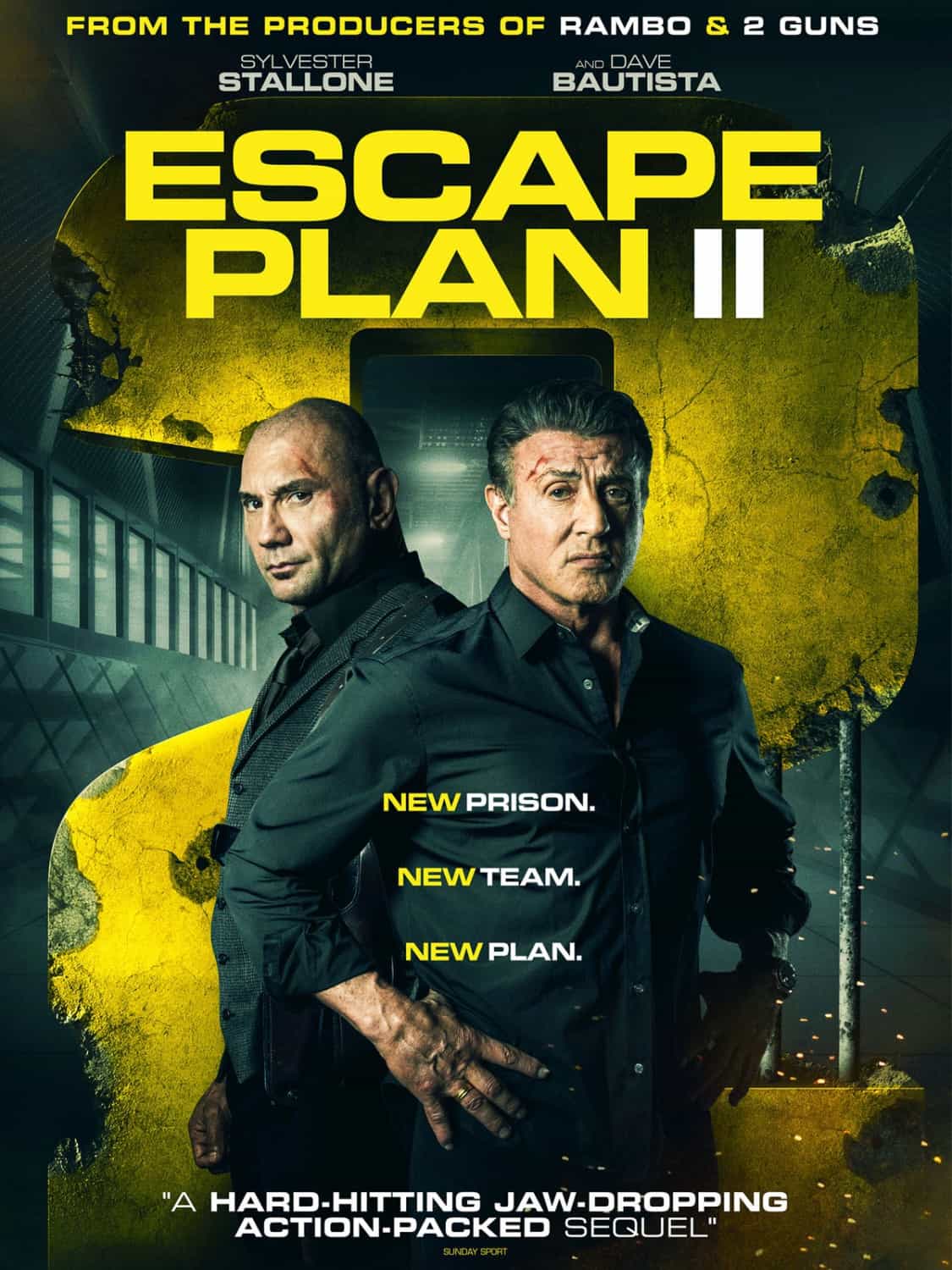 Strap yourself in for the second instalment of the explosive and electrifying action franchise, as the on-screen forces of Sylvester Stallone (Creed, The Expendables) and Dave Bautista (Blade Runner 2049, Guardians of the Galaxy) combine in Escape Plan 2.

Years after Ray Breslin fought his way out of the escape-proof prison, he’s organised a new top-notch, for-hire security force that includes some of the best in the business. But when one of Breslin’s team goes missing Breslin goes back into the secret lock-up to save his friend. To attempt this near impossible mission, he enlists his old friend Trent Derosa (Dave Bautista) and the returning surveillance expert Hush (Curtis ’50 Cent’ Jackson), to help him return from the gauntlet with both his friend and his life.