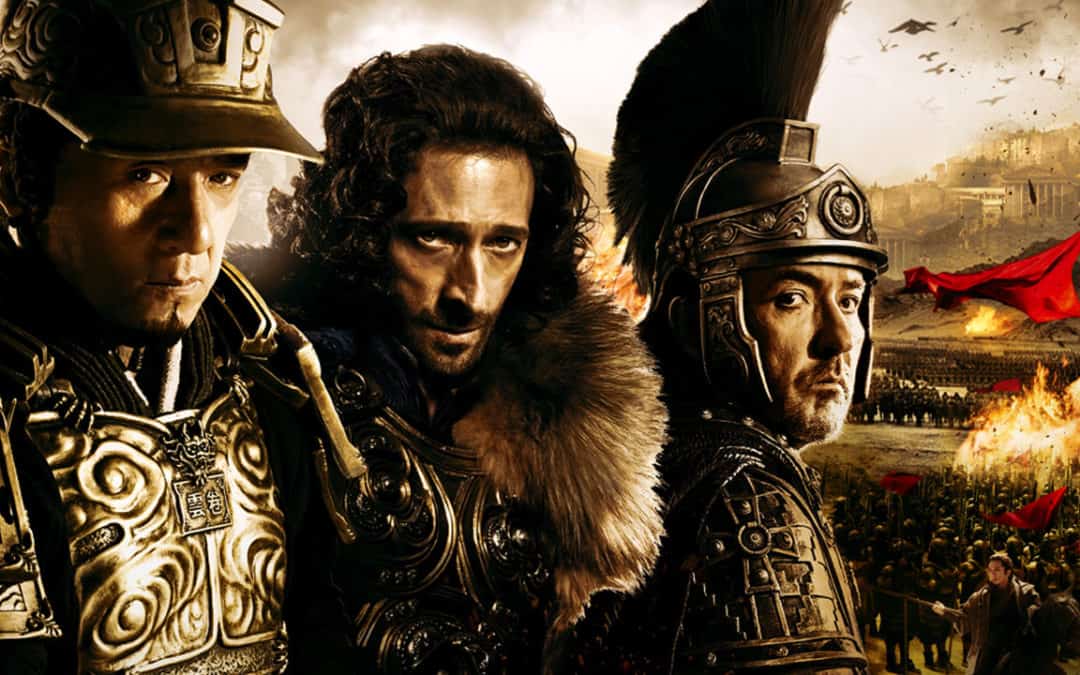 Two thousand years ago, a mysterious legion of extremely fearsome warriors marched along the famous Silk Road. The soldiers were part of a Roman legion led by General Lucius (John Cusack; Being John Malkovich, High Fidelity), marching east to protect Publius, the youngest son of Consul Crassus, from his vicious brother Tiberius (Adrien Brody; The Pianist, The Grand Budapest Hotel). After becoming lost in the desert they arrive at Wild Geese Gate, where Lucius meets Huo An (Jackie Chan; Rush Hour, Drunken Master), the Commander of the Silk Road Protection Squad of the Western Region. The two men – who have each been framed for treason – earn each other’s respect and form an allegiance as Tiberius eventually arrives with his army, demanding Huo An hand over Lucius and Publius or witness his forces annex China. To protect his country and to clear his name of treason, Huo An gathers all the allies of China to unite together and take on Tiberius in an epic battle that will be remembered forever