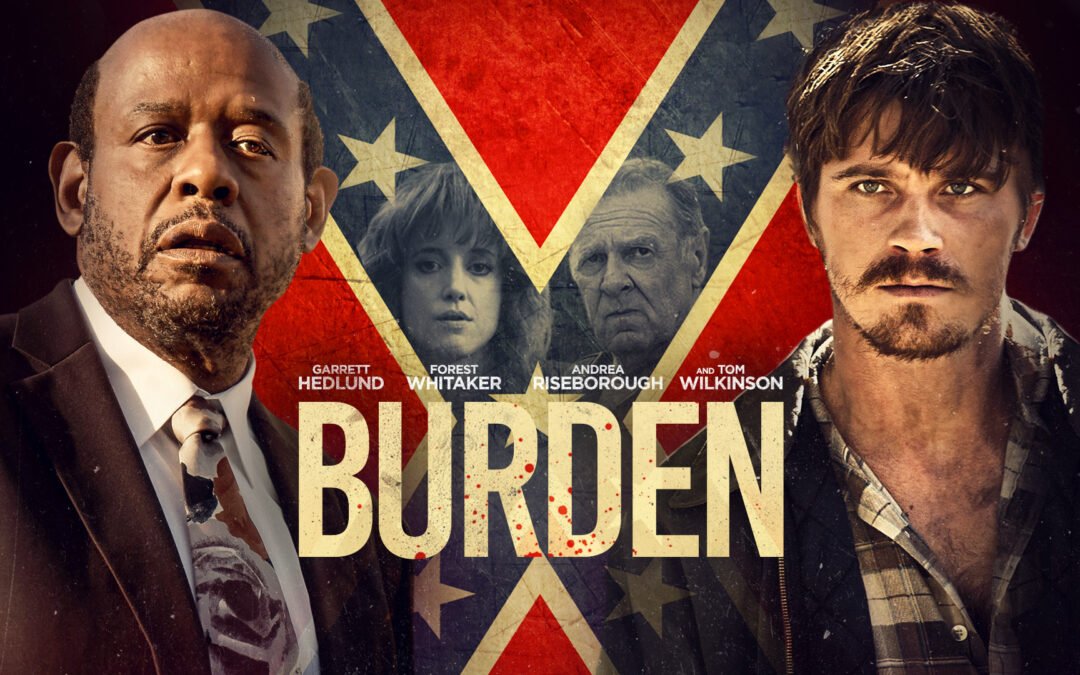 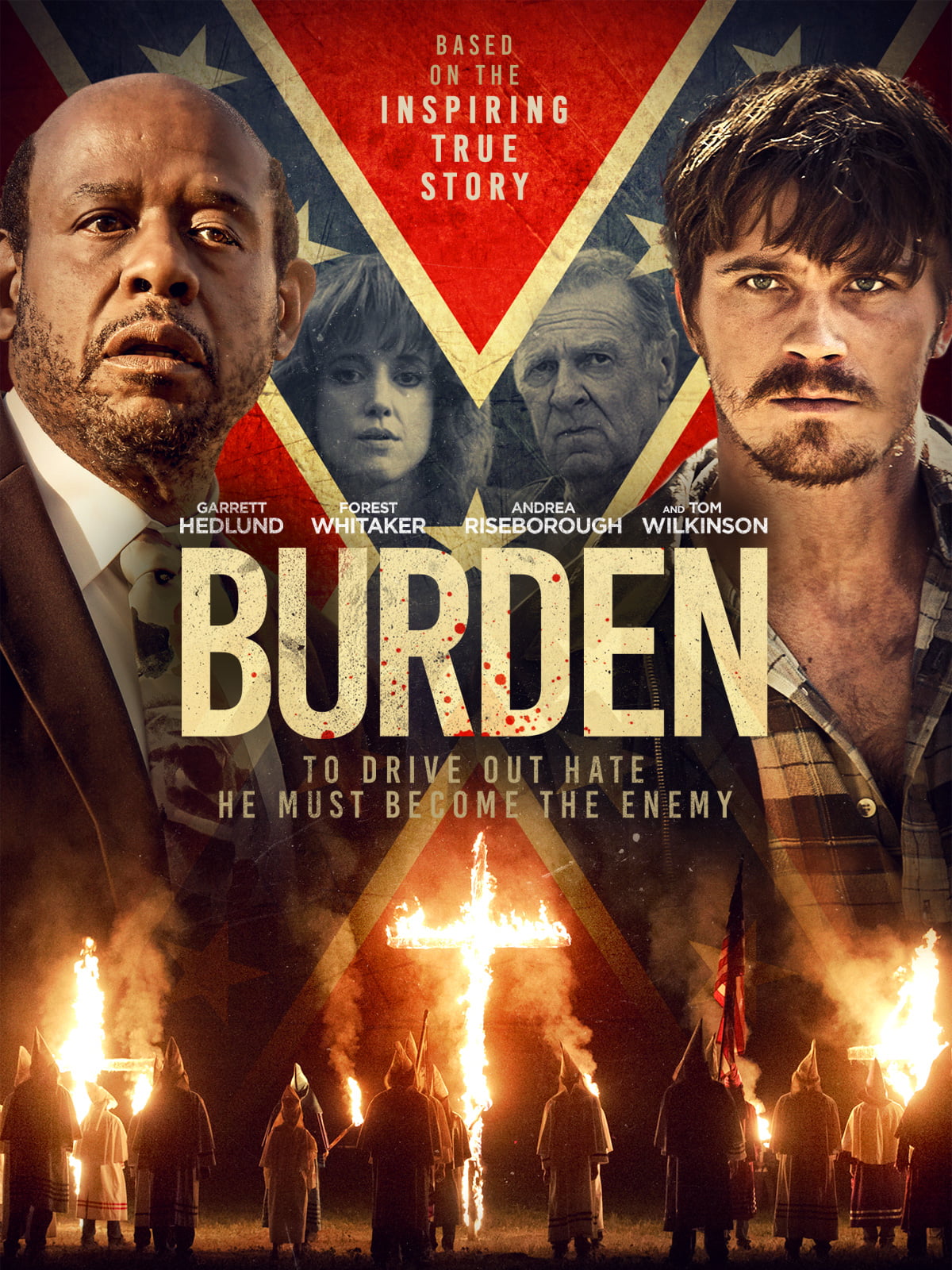 When a museum celebrating the Ku Klux Klan opens in a small South Carolina town, the idealistic Reverend Kennedy (Forest Whitaker) resolves to do everything in his power to prevent racial tensions boiling over. But the members of Kennedy’s congregation are shocked to discover that his plan includes sheltering Mike Burden (Garrett Hedlund), a Klansman whose relationships with both a single-mother and a high-school friend force him to re-examine his long-held beliefs. After Kennedy helps Mike leave behind his violent past, the pair find themselves on a collision course with manipulative KKK leader Tom Griffin (Tom Wilkinson, The Full Monty). Written and directed by actor Andrew Heckler.

From the producer of Dallas Buyers Club and Out of The Furnace, BURDEN also stars Andrea Riseborough (Birdman) and the legendary Usher. After a successful festival campaign, Burden was awarded the Dramatic Feature audience prize at Sundance 2018