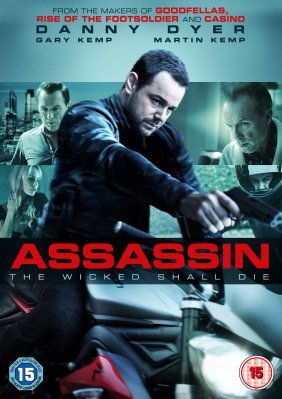 Danny Dyer is back on top form in Assassin, a brutal, hard-hitting story of Jamie, a former hitman out for revenge.

Starring Martin Kemp (The Krays), Gary Kemp (The World’s End), and from the producers of Rise of the Footsoldier and Fall of the Essex Boys, ASSASSIN is a story of the most corrupt crime bosses in the London underworld, and one man’s crusade to bring them to justice.