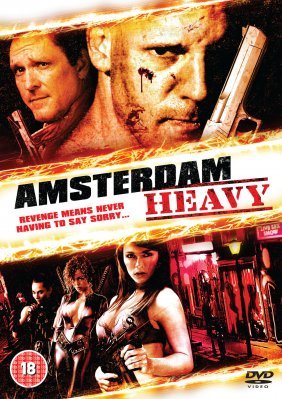 Amsterdam Heavy takes us on a roller-coaster journey in to the violent, criminal heart of Amsterdam.

CIA Agent Martin Keele (Michael Madsen – Reservoir Dogs Kill Bill) sets the wheels spinning in this gritty urban action thriller, as mysterious gangster J.D. goes on the rampage in Amsterdam, stopping at nothing to uncover those who have betrayed him.

J.D. is kidnapped by Thai hoods and drugged to make him spill information on Amsterdam crime boss Gunter. With a burning desire for retribution he escapes and smuggles himself back to his home city, arriving with nothing but his fists and a need to settle scores.

In Amsterdam’s infamous Red Light District JD hooks up with exotic dancer Monique (Alison Carroll – Doghouse, The Kid) but he soon finds all is not what it seems. As he pieces back his memory, his world explodes into a series of action-packed fights and chases through the back alleys and canals of the Amsterdam, featuring world class K1 and MMA fighters such as Alistair Overeem, Semmy Schilt and Gokhan Saki.