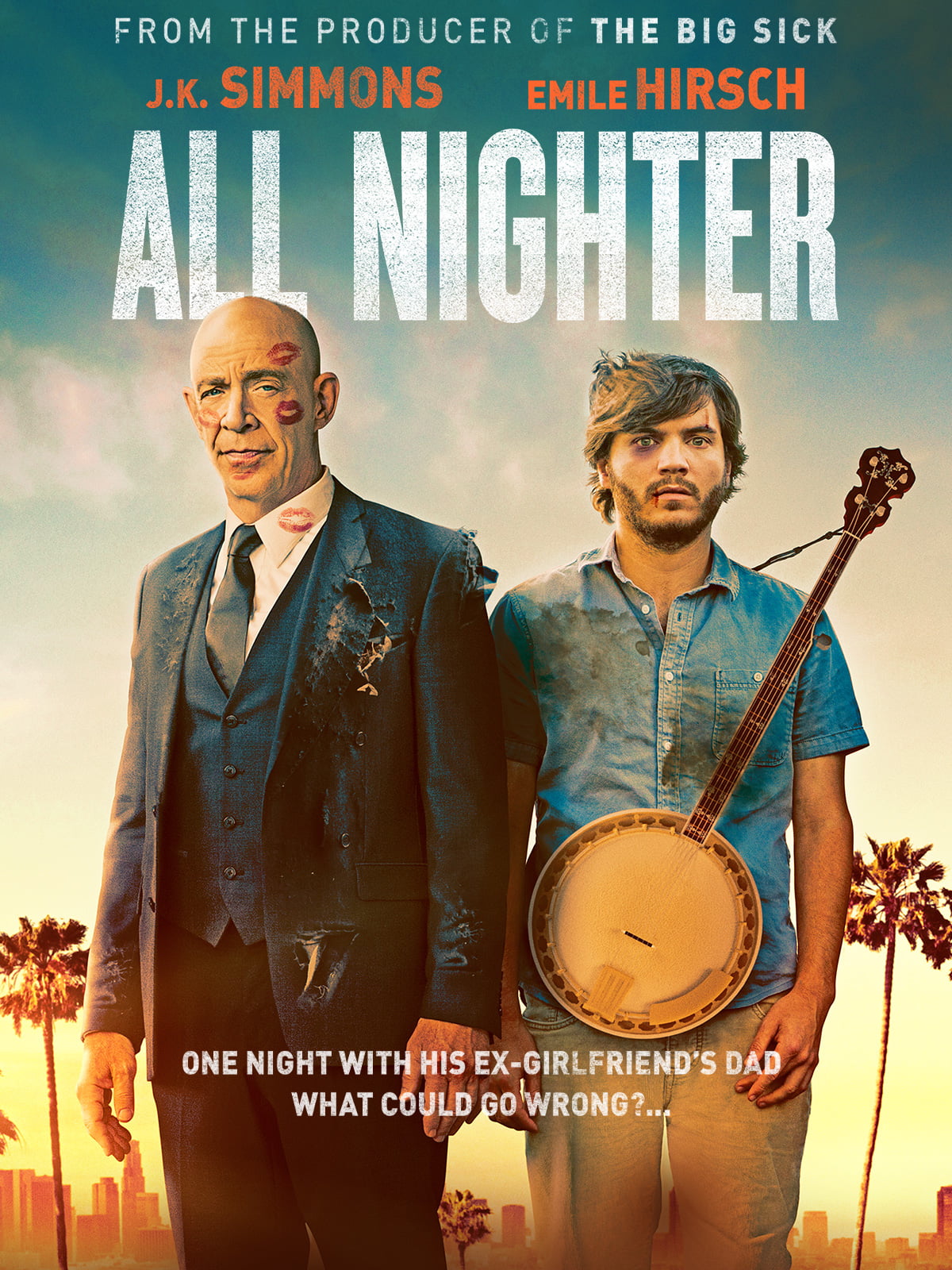 Strap yourselves in for an ALL NIGHTER you’ll never forget in this hilarious road trip / buddy comedy from the producer of The Big Sick.

Six months after a very awkward introductory dinner with his girlfriend Ginnie (Analeigh Tipton: Two Night Stand) ’s dad – the tough and workaholic Mr Gallo ( J.K. Simmons: Whiplash)  – Martin (Emile Hirsch: Into the Wild), a talented but broke banjo musician, finds him knocking on his door looking for his daughter.

Still heartbroken after breaking up with Ginnie, single and clueless, Martin will have no other choice but to hit the road and form an improbable search party with his ex-girlfriend’s dad, over the course of one increasingly crazy night!