A Rainy Day in New York

A Rainy Day in New York 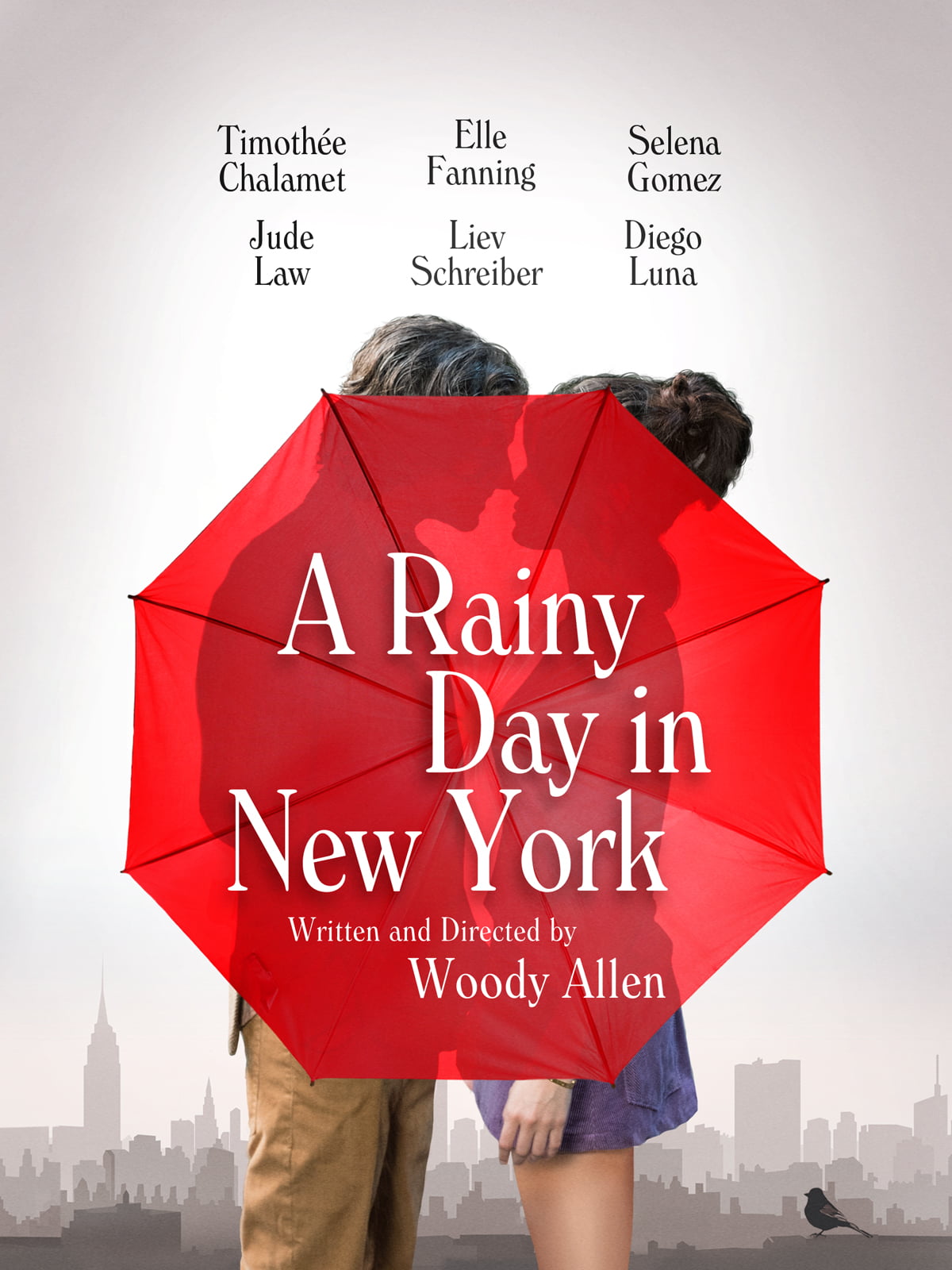 Woody Allen’s romantic comedy A RAINY DAY IN NEW YORK tells the story of college sweethearts, Gatsby (Timothée Chalamet) and Ashleigh (Elle Fanning), whose plans for a romantic weekend together in New York City are dashed as quickly as the sunlight turns into showers. When Ashleigh gets an assignment from the school paper to interview celebrated film director Roland Pollard (Liev Schreiber) in Manhattan, Gatsby seizes the opportunity to show Arizona-bred Ashleigh his favourite haunts in his home city.

Gatsby’s well-laid plans are quickly sidetracked when Pollard invites Ashleigh to watch a work-in-progress screening of his new film. Ashleigh is soon off on a head-spinning series of encounters that lead her from Pollard to screenwriter Ted Davidoff (Jude Law) to movie star Francisco Vega (Diego Luna). Left to his own devices in the city, Gatsby ends up spending the day with Chan (Selena Gomez), the sharp-witted younger sister of his ex-girlfriend, attending parties and having his own life-changing conversations and encounters.

Written and directed by Woody Allen