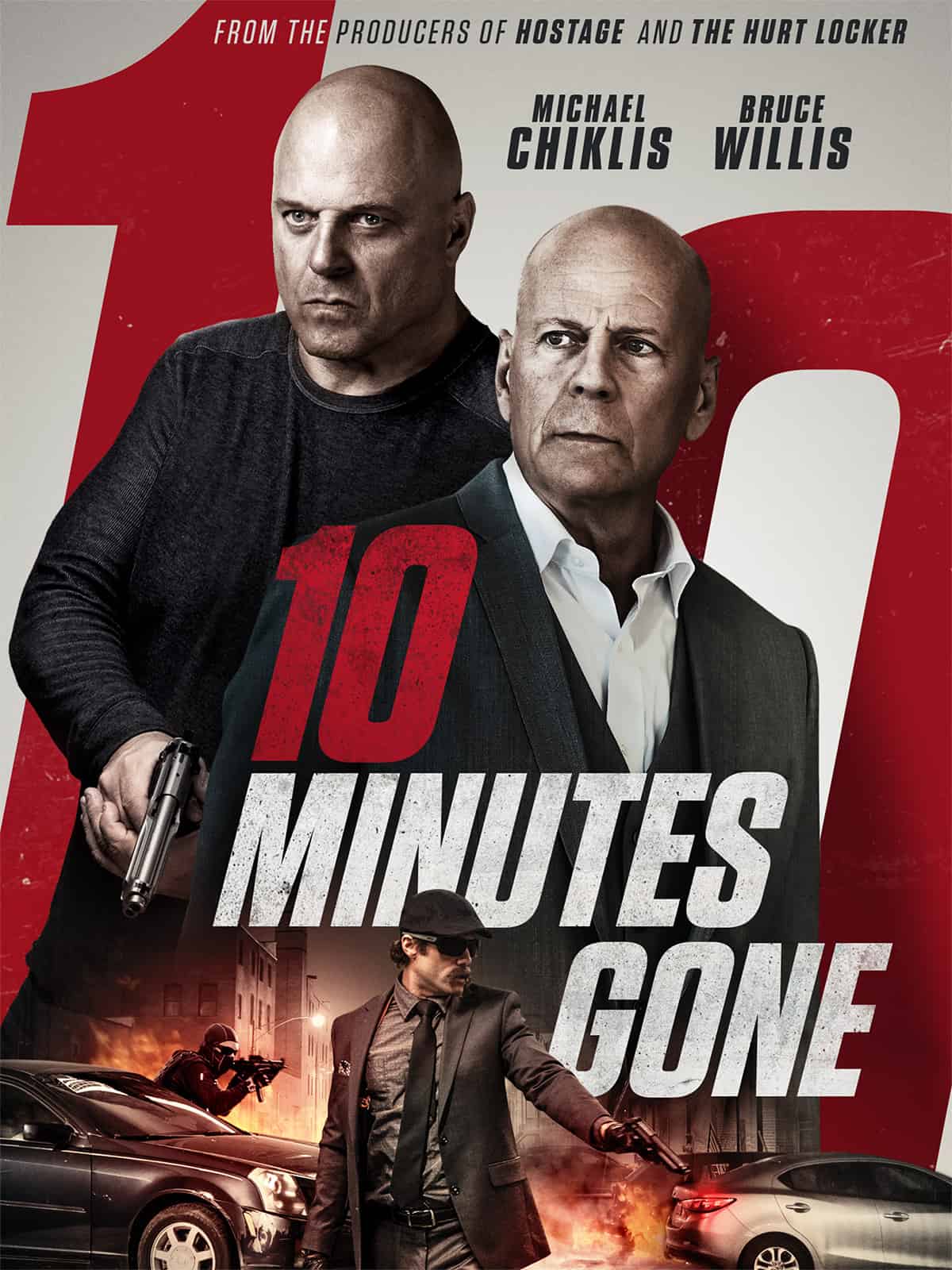 Bruce Willis (Die Hard) is back and paired with new partner-in-action Michael Chiklis (The Shield) in 10 Minutes Gone, a crime thriller centering on a man whose memory has been lost due to a bank heist gone wrong.

Ruthless crime boss Rex (Willis) hires Frank (Chiklis) and his crew to steal a priceless jewel stash. However, the job goes completely wrong when someone tips the police and Frank suffers a heavy blow to the head. Frank wakes up to find the jewels gone and no memory of his attacker. Now Frank will need to piece together the missing 10 minutes from his memory, and fast, to find out who betrayed him so that Rex does not have him murdered in cold blood.